A Reflection on the Migrant Caravan

You may have seen this week that a caravan of more than 4,000 people, mostly Honduran, is currently walking to the United States. The photos in the news are hard for Kurt and me to look at—I find myself hoping not to see the faces of people I may know—neighbors from the poor community where we live, youth from AJS impact programs, or our children’s former classmates. The caravan is dangerous and the prospects of gaining entrance to the U.S. are slim. But I understand the frustration and the hope behind it.

Honduras has struggled for more than a decade with rampant corruption and violence. A few years back, it earned the title “Murder Capital of the World” and the very real impact of government corruption can be seen in the poor quality of Honduras’ schools and hospitals. It is hard to find a job, hard to live in violent neighborhoods, and hard to watch government officials more interested in lining their own pockets than in improving the conditions of the country.

Honduras’ problems are big, but not impossible to solve.

AJS has spent the last 20 years working to address violence, impunity, and injustice. For example, an AJS-led police purge and a crack-down on drug trafficking and organized crime have brought the homicide rate down to half of what it was in 2012. Hard work by AJS and other organizations is also bringing government corruption to light, which is the first step towards accountability and systems that work. We are seeing change. But for many of the poorest people in Honduras, this change is still understandably hard to believe in. If Honduras adds 20,000 jobs to its economy, but you still don’t have one – you are not going to feel that the economy is improving. If one month ten people are killed in your community, and the next month, it’s five, the difference is remarkable – but you don’t necessarily feel any safer.

The people walking in this caravan are both frustrated and hopeful – frustrated by the difficulties and injustices they face, and hopeful that they can walk toward something better.

I may not agree with the decision they have made, but I understand it, and my heart and prayers go out to them, just as my heart goes out to my friends here in Honduras who pray every single day that their children will be able to stay in school, find a job, and stay safe from the violence outside their doors.

As friends and supporters of AJS, you have prayed with us repeatedly for this country. In this situation, we once again invite you to join us in prayer for the well-being and safety of this group currently walking north, as well as for the renewal of the systems in the country they have left behind.

I invite you to take a moment today to pray the following prayer — at the dinner table with your family, at work, with friends, in your church small group. Join me in covering this difficult situation in prayer. 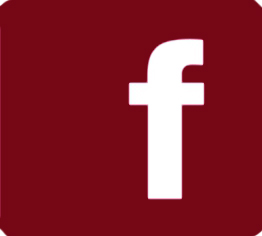